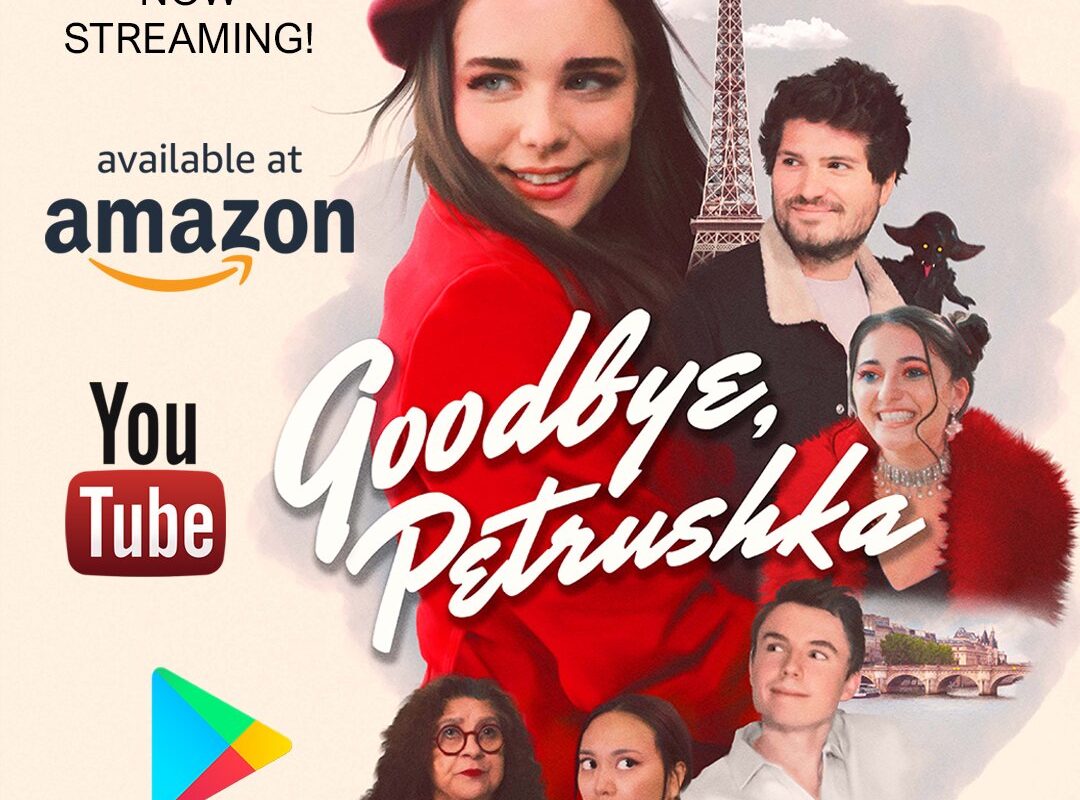 Goodbye, Petrushka, a film we music supervised and contributed arrangements/recordings of some Public Domain classical works is now available on VOD. You can see the film on Amazon, Google Play and others. The film also continues to do very well in the festival circuit, most recently winning Best Feature at the Broad Humor Film Festival in Los Angeles.